Everything you need to know about Alex Iwobi

Alex Iwobi Biography – Many players have been dubbed the Next Jay Jay Okocha but none of them have been successful like this young man. From his days at Arsenal, he has always made Nigerians proud. Now at Everton doing what he knows how to do best, there is more yet to come from him. This is nobody else than Alex Iwobi 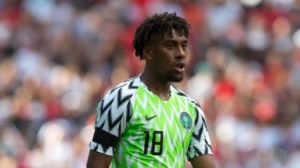 AllSportsGist presents the biography of a Nigerian Football Genius dubbed “Next Jay Jay Okocha” Our Alex Iwobi Biography brings you a complete account of notable events from his childhood time to date.

Alexander Chuka “Alex” Iwobi was born on the 3rd  of May 1996 in Lagos, Nigeria by Mr. and Mrs Chuba Iwobi. 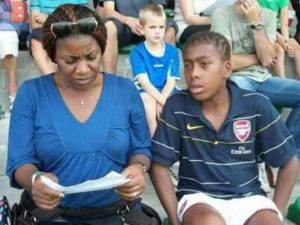 When Iwobi was 2 years old, his family moved to Turkeyin 2002  to join his mother’s relation who is former Nigerian player Austin Jay Jay Okocha who was at that time playing for Fernabache.

At the age of 4, Iwobi was taken to London by his family after his uncle (Okocha) relocated there to play with Bolton Wanderers. In England, Iwobi started playing football with his classmates during weekends. He enjoyed it and from there developed a passion for it.

Alex Iwobi signed for Arsenal while still at primary school. At that time he was just 8-years-old. His move to Arsenal was influenced by Austin Jay Jay Okocha.

At a tender age, Iwobi developed a life where he multi-tasked between playing football and studying.

Things didn’t go smooth at his early start at the Arsenal academy as he was closed to been released due to his poor performance. This news came as a shock to Iwobi parents and they acted swiftly by inviting Okocha and Kanu to have private sessions with him.

Slow and steday Iwobi improved and was later a key member of Arsenal’s youth team, he got braver and smarter on the pitch and learn not to shy away from physical challenges. This was what Kanu and Okocha taught him. Arsenal was very impressed with his performance and promoted him to the senior team. He

Alex Iwobi is Jay Jay Okocha’s nephew and is inspired a lot by the Nigerian Legend who also helped him gained his spot in the Nigerian National team. 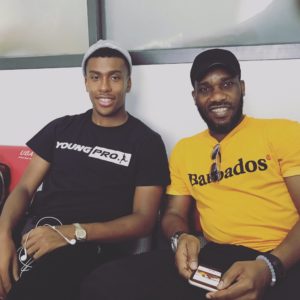 He has got his uncle Jay-Jay [Okocha] to look up to as a mentor. However, he still wants to have his won destiny just like other football players.

Alex Iwobi was once in a relationship with a Uk based model known as Clarisse Juliette. The relationship lasted for 4 years before it collapsed on his 21st birthday. According to reports the relationship crashed over infidelity. She labelled Alex Iwobi ‘a cheater’ and ‘ a liar’. 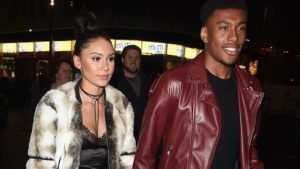 Since then Alex Iwobi is single, and this is the only information available about his personal. Probably as for now, Alex prefers to keep it private and is not ready to share this info with the public.

In July 2019 Alex Iwobi signed a contract with the Toffees (Everton) that nets him a whopping salary of 4 Million Euro (3.5 Million Pound) per year. 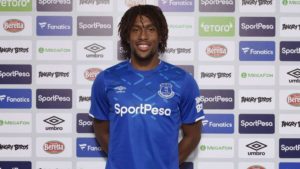 AIex Iwobi does not speak Igbo language but understands the language. He also understands Yoruba language He however speaks good Pidgin English and uses it to communicate with his Nigerian fans and friends.

Alex Iwobi might have grown up in the United Kingdom but Iwobi loves Nigerian foods. According to his father, Alex Iwobi’s favourite food is eba and okra soup made by his mum.

Read about the personal sides of Alex Iwobi including his likes and dislikes so you can have a clearer picture of him.

Alex is a go-getter and has a great taste for music. He is highly-determind and honest. He dislikes dirty and proud people 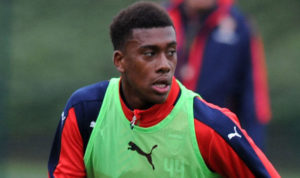 To wrap up our Alex Iwobi biography, here are some facts that are rarely included in his bio.

Thanks for reading our Alex Iwobi Biography. At Allsportsgist, we give you the most gripping, surprising and fascinating gist about the life story of football players and the same time strive for accuracy. So if you see something that does not look right in this article, kindly notify us by dropping a comment.