EPL Surprise Package 2019 – The 2019/20 Premier League season is now 11 games old, and we have seen a lot of drama, shocking results and brilliant start by some players.

Unsurprisingly, the likes of Sergio Aguero, Mohamed Salah, Harry Kane, Sadio Made and  Raheem Sterling have earned plaudits for their displays so far, each staking their claim for the coveted Golden Boot.

Elsewhere, several surprise packages have also made wonderful starts to the new campaign. AllSportsGist has decided to look at three of the best.

Below are three EPL Surprise Package 2019

Leicester supporters may have feared the worst following Harry Maguire’s £80m world-record move to Manchester United. The fear even worsen after Brendan Rodgers decided not to sign a replacement for the England international. 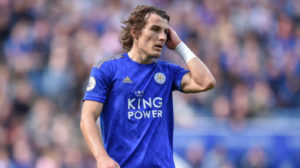 Who will fill in the big boots of Harry Maigure? Beyond our expectations, a certain  Turkish center-back Soyuncu,  stepped into it and fitted him perfectly.

A no-nonsense defender,  23-year-old Soyuncu has quickly become a firm fan favorite at the King Power Stadium after a series of commanding displays.

Leicester has begun the new season in terrific form and is currently sit third in the Premier League table after 11 games and  Sonyuncu has been central to their remarkable success so far.

The Finnish forward fired Norwich to the Championship title last season, being named as the division’s Player of the Year following his 29 league goals. The 29-year-old might have been quiet in recent weeks but his start in the Premier League was explosive, scoring five goals in four games during August to be named as Player of the Month. 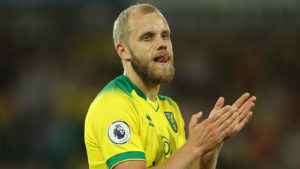 Norwich currently occupy 19th position on the League table will be hoping Pukki can get back to his early form as they bid to avoid relegation.

Chelsea’s transfer-ban has opened the door for several of the club’s best young talent, with forward Abraham, in particular, seizing the opportunity handed to him at Stamford Bridge.

Abraham returned to Chelsea this summer after an impressive loan spell in the Championship at Aston Villa last season. 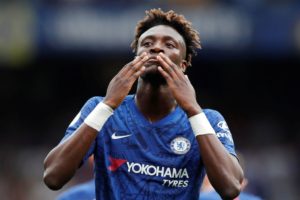 New coach Frank Lampard has placed his faith in the youngster ahead of the more experienced duo of Olivier Giroud and Michy Batshuayi, and after a tough start which saw him receive racist abuse after missing the decisive spot-kick in the UEFA Super Cup defeat to Liverpool, the 22-year-old has responded with 10 goals in 10 Premier League games.

Few would have expected Abraham to be Lampard’s immediate first-choice, but his performances in recent weeks have vindicated his manager’s trust.